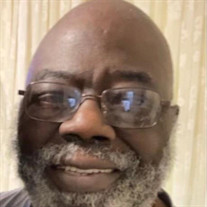 WALTER “Walt” R. GATLING, JR. at the age of 79 fell asleep in death on Wednesday, February 17, 2021 in Savannah, Georgia. Walter was born on January 20, 1942 to the late Walter R. Sr. and Josephine Ludell Gatling in Portsmouth, Virginia. He leaves his family with precious memories as gifts. Walt attended and graduated from Crestwood High School in Chesapeake, VA. He served one tour in the US Navy. After serving in the military, Walter worked as a public servant as a police officer with the Norfolk Police Department. Walter retired as an insurance agent from American National Insurance Company. Walter’s favorite pastimes included traveling, playing cards, watching the Washington Football team, watching television. He had a special affinity for show casing his knowledge as he answered most of the questions correctly on Jeopardy. Spending time with and laughing with his family brought him much joy. Walter was preceded in death by his parents, four brothers, Leslie, Ronnie, Larry, and Brian; Walt leaves to cherish his memory his children; three sons, Eric (Winterhaven, FL), Walter L. (Middleton, DE) and Brian (Norfolk); one daughter, Tracey (Dallas, TX); his sister, Brenda Cormier-Brinkley (Portsmouth); God-daughter, Kaylee Bracey (Sarasota, FL); eight grandchildren; a devoted caregiver and friend, Vonda Bracey; and a host of other relatives and friends.

The family of Walter Raleigh Gatling, Jr. created this Life Tributes page to make it easy to share your memories.