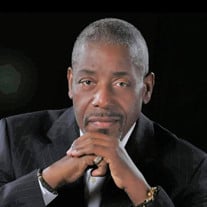 On March 12, 2022, Thomas Daniel Gray, “TD” was called to live with his Heavenly Father. Tommy as he was called by his family, was born to Florene Gray and Thomas Davis in Norfolk, VA on July 11, 1956, who proceed him in death. Thomas was a graduate of Granby High School and shortly after joined the United States Army. He served for eight years and did a tour in Germany. With an honorable discharge, he returned to the states. Thomas was then employed by the Norfolk Naval Shipyard until his retirement in 2019. He was married to Barbara Johnson-Gray and to this union two children were born, Taylor and Tyler. He loved his children and would always say how proud he was of them. His favorite pastimes were cooking, fishing, and mentoring young men whether it be on the football field or in church. Thomas enjoyed his fellowship at the Historic First Baptist Church, Bute Street, where he was a licensed minister, sang in the Voices of Unity, volunteered at soup kitchen, taught Vacation Bible School, Men’s Ministry and served until 2009. He continued to serve and minister in his community and returned to his home church, New Calvary. His favorite ministry, however, was on the football field at any level. He was a die-heart “Washington Redskins” fan always sporting the gear. On Sundays, you would find him cheering them on win or lose and even attending their open fan day during preseason training. Thomas coached rec league, high school, and volunteered at Hampton University where he was able to encourage and uplift the young men who took the field. After his retirement, he carried those mentoring skills to the fishing piers and adopted a few “nephews” and made friends as well. Thomas leaves behind his two children, Taylor and Tyler; God children Michael L. McCall Jr., Ravyn Hues, and Malik Thomas; special cousins Denise Gray, Pamela Vaughn, Patricia Ann Weaver, Aubrey Gray, and Billy Floyd; Godmother Shirley Gray; and army mates, fishing buddies, coworkers, and so many friends.

The family of Thomas Daniel Gray created this Life Tributes page to make it easy to share your memories.

Send flowers to the Gray family.