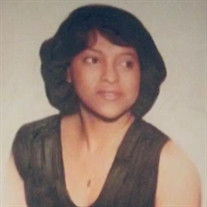 Joyce Kershaw Reubel was born September 8, 1940, as the only offspring born to the late James Crum and Rosa Belle Jones in Harlem, New York. She departed this life on Wednesday, September 22, 2021. Joyce attended elementary and high school in New York City and she began working at her mother’s restaurant at an early age. In 1959, she married Randall Kershaw. From that union they bore two sons: Keith and Barry Kershaw. She divorced Randall in 1974. Subsequently, Joyce met Earl Reubel, an Entrepreneur, and after an extended courtship, they were married in August, 1988. During her professional career, she worked at Bankers Trust and then at New York Telephone Company (NYNEX) where she held various positions for over thirty years, retiring in 1993. Later in 1993, Earl and Joyce created Kerma Medical Products, a minority owned wound-care manufacturing company. She remained the Chief Executive Officer of Kerma until she retired in 2005. Joyce was very quick-witted and loved music. Even in her later years, she could sing all the words to many of the oldies. She was a natural leader, and she honed her skills at NYNEX. Joyce was generous to a fault. Joyce was predeceased by her husband Earl G. Reubel on December 29, 2011 and her son Keith Kershaw in 1998. Joyce leaves to mourn, her son Barry David Kershaw; stepdaughters: Andrea Reubel and Michelle Reubel and her grandsons: Christopher David Kershaw, Barry Matthew Kershaw, James Rhodes and Isaiah Reubel; nephew Joseph Reubel (Danielle) and a host of nieces, nephews, cousins and friends We love her dearly, but God loves her best.

The family of Joyce A. Kershaw created this Life Tributes page to make it easy to share your memories.

Send flowers to the Kershaw family.