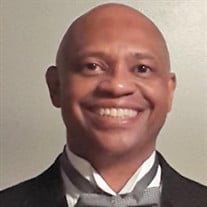 A Time to Be Born … John Morgan Burton was born in Fayetteville, TN February 11, 1961 to the late Murphy Burton and Virginia Marcella Lockett. He was the youngest of four children and adored by his family. A Time to Grow … John attended school in Lincoln County, TN. He was very athletic and involved in both football and basketball. While in school he received many sports and academic accolades and honors. John was a 1979 graduate of Flintville High School in Flintville, TN. Following graduation, John joined the United States Marines and actively served from 1980-1988. Upon completion of his active duty Marine service, John worked in Law Enforcement for several years in Moorehead City , Emerald Isle, and Wilmington, NC. John also served as Chief of Police in Maysville, NC. John held an Applied Science Associates degree in Criminal Justice/Protective Service Technology, a Bachelor of Arts Degree from North Carolina Wesleyan in Justice and Public Policy as well as an Certificate in Law Enforcement Executive Program. In 2002 John relocated to Ellenwood, GA where he was employed with InterAct Public Safety Systems. After many years with the company John began his government contracting career with DynCorp/Logcap IV working as a International Police advisor and later as a Security Supervisor. While on assignment in Iraq with DynCorp, John took a shot at online dating and met his soulmate August 8, 2008. The very next year John married his forever, Dr. Carlenia “Jackie” Jackson on August 8, 2009. With their union John gained 2 amazing daughters and 2 grandsons. A Time to Reflect … John loved to travel the world and explore new things. He lived for “dates” with his wife in Dubai, the Dominican Republic, Jordan, Thailand, the City of Petra and so many others. He was a man of many talents and if he wasn't sure how to do it, he was known for signing up for classes with “Google University.” John was always finding a project to get into which contributed to his loyal commitment to Home Depot and Lowes. He loved tools and had all kinds of gidgets and gadgets. John was the CEO and founder of the Virginia Boys Leadership Alliance. He enjoyed working with youth and helping to develop them into strong and productive young men. John also served as mentor for several years. In 2014, John, was overjoyed when he learned that he had a granddaughter on the way. He anxiously anticipated Winters arrival. The bond they shared was amazing and it melted his heart to hear her say “Hey Grand John” or “Grandpa”. He was always amazed by the things she could do and the conversations that they shared together. In 2018 John along with his wife Jackie, birthed Beyond Vegan Cell food. As president and CEO John worked diligently to share healthy and amazing vegan options with others. Until his health did not allow him to do so, John worked day in and day out to ensure that Beyond Vegan provided only the best for its customers. A Time to Die … On July 30, 2021 at 4:38am after a 3 1/2-year battle with Neuroendocrine Cancer, John won his race surrounded by his wife, family and friends. At that moment God granted his request of No More Pain. A Time to Cherish… John leaves to cherish his memory his wife Dr. Carlenia Jackie Jackson Burton of the home Two daughters: Kissie Pettaway of Yorktown, VA Faith Williams of Clearwater, FL Three Grandchildren: Tyrese Pettaway, Omari Pettaway both of Yorktown, VA Winter Selene Miller of Clearwater, FL One Sister: June Burton Kerrin, of Fayetteville, TN Two Brothers: Murphy Burton, Jr. (Annie) of Denver, CO Michael Burton (Araceli) of Fayetteville, TN John also leaves his mother-in-law Francis Pettaway Allen, 3 sisters-in law Marie Harris (Larry) Mary Francis Astrop and Monique Ransome; 3 brothers-in-law Roosevelt Pettaway, Herbert Pettaway (Ruby), and Garry Pettaway, 2 nieces Felecia Betts-Gonzalez and Angela Burton Davis; 2 nephews Robert and Calvin Betts; special friends Milton Gardner and Michael Pretty, Sr., friends that became his extended family, his “Son-in-law” Anthony Wright, and brother from another mother Frederick James, his fur baby Chanel along with a host of, cousins, extended family, friends and beloved customers of Beyond Vegan Cell Food. John was preceded in death by his parents Murphy Burton, Sr, and Virginia Marcella Lockett Burton.

A Time to Be Born &#8230; John Morgan Burton was born in Fayetteville, TN February 11, 1961 to the late Murphy Burton and Virginia Marcella Lockett. He was the youngest of four children and adored by his family. A Time to Grow &#8230; John... View Obituary & Service Information

The family of John Morgan Burton created this Life Tributes page to make it easy to share your memories.

A Time to Be Born …
John Morgan Burton was born in Fayetteville,...

Send flowers to the Burton family.