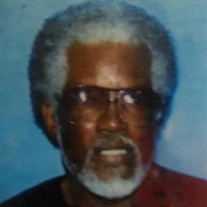 Henry F. Davis was born March 12, 1935, in Galveston, Texas to Jack D. Davis Sr. and Molly Banks Davis. He grew up in Hitchcock, Texas enjoying life with 10 siblings. He accepted Christ as his personal Lord and Savior at an early age and was baptize at Galilee Baptist Church, in Hitchcock Texas. He was a graduate of Lorraine Crosby High School in Hitchcock, Texas. His father and mother instill into him at an early age about integrity, love, being kind hearted, honesty, self-motivation, and the will to help others. He attended church services twice, on every Sunday with his family. He and his siblings were raised on five acres in Hitchcock, Texas, where they grew up living on the land. He learned at an early age from his father how to sow seeds, and harvest the crops for their family and neighbors. He enjoyed playing baseball, going to the movies with his father and siblings. He was a well-mannered, soft spoken, and a respectable young man growing up. After graduating High School, he followed the footsteps of his brothers, and enlisted in the United States Navy to serve his country. Henry F. Davis, his rank Petty Officer 2nd Class (E5), he was assigned to USS Francis Marion, and stationed in Norfolk and Little Creek, Virginia. He served in World War II. He traveled the world, Japan, San Juan Puerto Rico, Italy, Mediterranean Sea, to name a few. He served his country for 20 years, and received the Good Conduct Medal, before being honorably discharged from the United States Navy. After being honorable discharge from the United States Navy. He resided in Chesapeake, Virginia. He continued his education attending Tidewater Community College in Virginia. He graduated, and received certification and became a licensed electrician. After receiving his certification, he pursued his career as a licensed electrician, and was employed with Norfolk Naval Shipyard, (NNSY), and held a position of electrician supervisor (shop 99). He was employed with NNSY (years he was employed, and when he retired from (NNSY). He was a great brother, father, uncle, grandfather, great grandfather, and friend to many. “His smile would light up a room”. He’s going to be greatly missed by his love ones, but his vision, kindness, and smile will always be embedded in our hearts. Preceding him in death: his parents: Jack D. Davis Sr. and Molly Banks Davis, his brothers: Howard Davis, Nat Davis, Jack D. Davis Jr., Leon Davis Sr., Charlie Davis, his sisters: Hilda Holiday, Inez Heading, Mary B. Antoine: his daughter: Patricia Ward. To honor his memory and cherish his legacy: his sister: Alberta B. Smith, his brother: Albert Davis Sr., his daughter: Kimberly Davis (Kevin), his grandsons: Kevin Lassiter, Jovan Davis (Latesha), Erin Ward, his granddaughter: Kiante Davis (Jamel), his great granddaughter: Keymya Davis. his ex-wives: Audrey Davis, Mary Jane Davis, a of host of nieces, nephews, cousins, and friends. Jeremiah 29:11 (NIV) 11 For I know the plans I have for you,” declares the LORD, “plans to prosper you and not to harm you, plans to give you hope and a future.

Henry F. Davis was born March 12, 1935, in Galveston, Texas to Jack D. Davis Sr. and Molly Banks Davis. He grew up in Hitchcock, Texas enjoying life with 10 siblings. He accepted Christ as his personal Lord and Savior at an early age and was... View Obituary & Service Information

The family of Henry Davis created this Life Tributes page to make it easy to share your memories.

Send flowers to the Davis family.