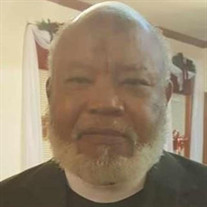 Apostle Herbert A. Hill, Jr. transitioned into the eternal presence of the Lord on December 6th, 2020. Born August 22nd, 1935, he was raised in Smithfield, VA. He was a member of Emmanuel Baptist Church, Smithfield, VA where he was also baptized. He joined the army and was a paratrooper in the 101st Airborne. Following his military career, Apostle Hill went on to obtain a BS in Industrial Education from Hampton Institute and a Master Degree in Guidance and Counseling. After becoming a printer by trade, he heeded the high calling of Christ Jesus and attended seminary where he was joined by both his father and mother, all seeking degrees. Their unusual story was featured in the Richmond Times Dispatch and Jet Magazine in 1963. Apostle then obtained a Master’s of Divinity from Virginia Union University. Apostle Herbert Hill, Jr. married Bessie Robinson Hill. During their 55 years together they had 4 children. In their years of retirement, if you saw one, you saw the other and were completely inseparable. In over 50 years of pastoral ministry, Apostle Hill pastored Bethel Baptist Church, Gloucester, VA (8yrs); First Baptist Church Denbigh, Newport News, VA (13 yrs); and founded and pastored Life Line Full Gospel Church (Baptist), Newport News, VA. During his pastoral tenure, he was blessed to father and mentor many spiritual sons and daughters into the ministry. His last official act in pastoral ministry was to ordain his youngest son, who now pastors Life Line. He served as a volunteer chaplain for Patrick Henry Hospital, was the first Chaplain Advisor to the Area H Division of the General Baptist Convention, was appointed the first Chairman of the Denbigh Education Community Advisor Council, and he served as a city-wide instructor for the Peninsula Baptist Pastor’s Council teaching courses in Effective Leadership Techniques, Deacon Workshops, and youth issues. He also enjoyed serving and was dedicated to the church food pantry ministry at Life Line serving local neighborhoods for many years. His passion was for ministry and sought out opportunities to reach people for the cause of Christ through mentoring, challenging, encouraging, training, and even calling out ministers with a shared passion for ministry in the churches he served. In service, he became one of the first instructors for Virginia Union University School of Theology’s Smith-Evans Institute. He was a visionary and ahead of his time in many areas including being the first in the area to initiate 8am early services to accommodate those who could not attend traditional service times, led the push for local churches to accommodate pastors for full-time ministry, and pressed local pastors to unite in limiting the institution of Sunday funerals in honor of the Sabbath. Apostle Hill is predeceased by his parents, Rev. Herbert A. Hill, Sr. and Elloise Gwaltney Hill, and Brother, Rev. Primbroke D. Hill (Lorraine). Apostle Herbert A. Hill, Jr. leaves to cherish his memory his beautiful and devoted wife, Bessie Hill; Daughter, Amanda Hill Ivey of Newport News, VA; Sons, Theotis Hill (AnnMarie) of Newport News, VA, Michael Hill (Tamy) of Glenville, GA, Pastor Arliss Hill of Hampton, VA; Grandchildren, Cheyenne, Israel, Christopher, Tatyana, Leianna, and Hunter-Adam; Sister, Gwendolyn Demones of Atlantic City, NJ; brother, W. Carlton Hill (Katherine) of VA Beach, VA; Aunt, Rose Walker of VA Beach, VA and a host of nieces, nephews, relatives and friends. The family respectfully requests that in lieu of flowers, memorial gifts be made by Cash App to Cash Tag: $MyLifeLineNow, Life Line Full Gospel Church, 20 Culpepper Ave, Newport News, VA 23606. Please notate Hill Memorial or Church Building Fund. The viewing will be Sunday, 2-5pm, and also livestreamed. The life celebration service will be livestreamed at www.jtffs.com on Monday at 2pm. Arrangements entrusted to Chapman-JT Fisher Funeral Services.

Apostle Herbert A. Hill, Jr. transitioned into the eternal presence of the Lord on December 6th, 2020. Born August 22nd, 1935, he was raised in Smithfield, VA. He was a member of Emmanuel Baptist Church, Smithfield, VA where he was also baptized.... View Obituary & Service Information

The family of Apostle Herbert Hill, Jr. created this Life Tributes page to make it easy to share your memories.

Apostle Herbert A. Hill, Jr. transitioned into the eternal presence...